Chinese Scalp Acupuncture is a contemporary technique integrating traditional Chinese needling methods with Western medical knowledge of representative areas of the cerebral cortex. Treatments of disorders by needling the scalp can be traced back to early civilizations and acupuncture treatments of the head can be found throughout classical Chinese literature. In 100 BCE, the Chinese acupuncture text, ‘The Yellow Emperor’s Classic of Internal Medicine’ described the relationship between the brain and the body.

The modern system of Scalp Acupuncture in China has developed since the 1950’s. The systematic charting of scalp correspondences to the regions of the brain started in about 1971.

The TCM theory of Scalp Acupuncture is explained by identifying that the head is where all Yang-meridians meet together, and the head is the house of the original spirit. The head is also where the convergence between meridian/channel qi and blood happens. Based on the theory “starting and terminal point of meridian/channel” and the theory “manifestation and root cause of meridian/channel,” scalp acupoints and body acupoints are closely related with extremity acupoints. The Brain is the sea of marrow and is the master of Zang-fu organs and meridian/channel functional activities. Acupoints on the head can regulate function of Yin-yang, Qi-blood, and Zang-fu organs. This is the main theoretical basis for Scalp Acupuncture.

Therefore, the conditions that Scalp Acupuncture treats are diseases of the Zhang Fu organs and the disharmony between Yin-Yang and Qi-Blood.

The goal of treatments is not to cure the disease as Western medicine defines it but to harmonize the imbalances to improve the patients health and well-being thereby reducing the symptoms associated with the disease.

An example of the use of TCM in an institutional setting in the USA is the Children's Hospital of Orange County (CHOC) which has established an acupuncture program that is integrated into the hospital.  Ruth McCarty, M.S., L.AC has been providing acupuncture for many years and uses Scalp Acupuncture for conditions associated with pediatric oncology such as trauma and injury to the brain post-surgery or from the side effects of chemotherapy and radiation.

Scalp acupuncture is being used extensively in a number of hospitals throughout Asia including China, Japan and Korea. Hospitals in Germany and Austria integrate acupuncture into their delivery of care.

As acupuncture becomes more frequently requested and provided in typical Western medical settings, the acupuncture techniques of TCM, including Scalp Acupuncture, are being incorporated into standard treatment protocols.

Of note is that acupuncture is widely used throughout Europe. In Austria, Denmark, France, Germany (partly), Italy (some regions), Slovakia, Spain (one region) and Sweden the fees for acupuncture treatment are covered by the national health insurance system, in Austria, Bulgaria, France, Germany, Greece, Italy, Latvia, Netherlands, Portugal, Spain, Switzerland and the United Kingdom (also) by additional private insurance companies. There is only partial coverage in Hungary, Italy, and the Netherlands.

The costs of prescribed traditional Chinese herbal medicines are covered by the national health insurance in Austria, France and Spain, and by additional private insurance companies in Austria, Bulgaria, France, Hungary, Italy, Latvia, Portugal, and Spain.

In 2016, Spain signed an education and clinical practice cooperation agreement between the Beijing municipal government and Spanish authorities to host the largest traditional Chinese medicine hospital in Europe.

Since 1986, acupuncture is officially acknowledged as a scientific cure in Austria. According to data from 2011, 3,531 doctors hold an acupuncture diploma from the Austrian Medical Association.

Hospitals and Medical schools in the USA have adopted acupuncture programs, including: 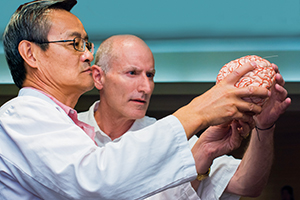 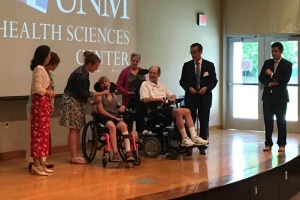 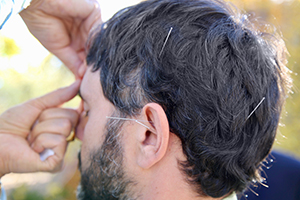 Over 150 licensed acupuncture practitioners and physicians have joined the NAI network since the institutes inception in June 2017. To find a practitioner near you click on the link below.